15 Jul My next art trip destination

Posted at 06:03h in Happenings, Illustration, Travel by abby 0 Comments 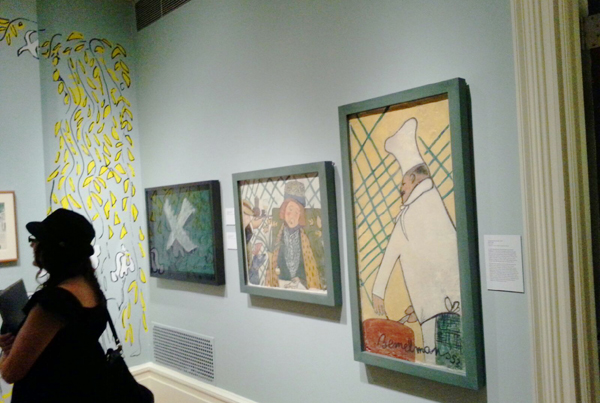 {from Publisher’s Weekly article on the Madeline show}

I just heard about an amazing art exhibition in New York City. The New York Historical Society is hosting a show of the artwork of Ludwig Bemelmans—you know the author and illustrator of the Madeline series! The show is themed on how New York City influenced his artwork.

Although his colorful and impressionistic artwork reflects the Parisian life, he actually created this artwork in a New York City apartment. (To brighten up the dreary gray city he even painted his windows!) Louise Mirrer, the president and CEO of the New-York Historical Society, said that his art suggests “an immigrant reimagining a Europe he knew” as a child. She continues that even though the Madeline books are set in France, the protagonist’s “fearless and funky” spirit is of a New Yorker. I totally agree.

The art show is paired with all sorts of biographical information and antecedents that chronicle Bemelmans’s life in New York, first as an immigrant from Austria, then as a an well known author/illustrator with all his posh acquaintances he had befriended through the years. It sounds fascinating!

The Madeleine exhibit is on display until October 19th and is sponsored by the Eric Carle Museum of Picture Book Art in Amherst, Massachusetts. If you aren’t able to make it to NYC, you can see the show at the Carle Museum in November.

Was MADELINE a favorite series of yours?