Posted at 05:35h in Happenings, Illustration by abby 0 Comments 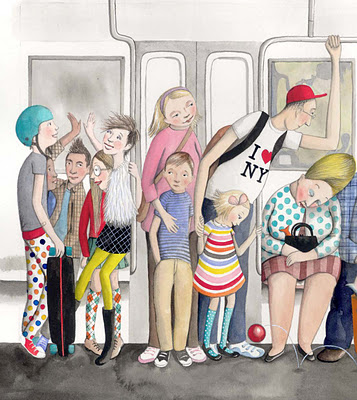 Happy Friday!
For seven years I lived in New York City and rode the subway at least twice a day (long live the F train!). The people on the train are definitely the eye candy and not the metal sardine cans cars. However, the MTA has a program where it asks local city artists to create artwork to be placed within the subway car. Happily, one of my favorite children’s book illustrators, Sophie Blackall, was asked to create such an artwork! She specializes in quirky characters and her subway artwork she showcases this talent. Here are a few snippets of what she created: 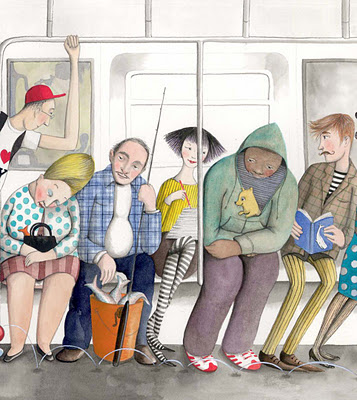 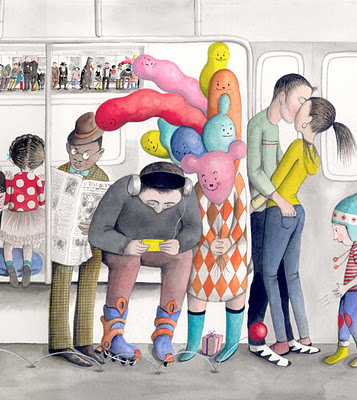 Isn’t it a spectacular illustration?! For anyone who has traveled on the subway this art will prompt stories about similar characters you encountered on your own subway travels. Etsy produced a video about Sophie creating this artwork. In the video you are able to see the entire illustration and you even get to see her paint! Brava Sophie on this milestone!